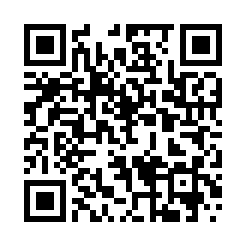 Five stars, I can’t give less. Even though it costs 25 euro every year. With this app you get the same timing and data live during the race (and all training sessions) as the Formula 1 teams do. Moreover, you can see where all the drivers are located on the track on the map. The ultimate ‘second screen’.

The look is sleek and professional, as you would expect from the Formula 1 organization. Glamour and finishing touch in every detail, leaving nothing to chance. The splash screen is perhaps the least appealing part of the app. Not favoring any team or sponsor there is a very general F1 car showed. But two seconds later you’re on F1 level. A comprehensive screen with the most important times of all participating drivers. I’m not a fan of the inclined surfaces (sloping sides of each line suggesting speed), but it is an extension of the layout we see on TV. Clear and professional.

The handling is easy and fast, although it takes a while to get to know (and remember) the operation and capabilities of all the buttons. The main data is presented in a logical manner.

You can easily enlarge the map of the track sliding the line of demarcation up and down. The map itself can run in all directions, tilt and zoom. The response is so fast that it may take a bit of time and patience before you have found your preferred position. While the cars move on your iPad the times keep rolling across the screen. Regardless of the size of the map you can continue scrolling and swiping time tables smoothly.

The basic function of the app is providing all times of all cars in each sector at any time during training, qualifying or race. The results that all teams and media have on screen at the circuit are forwarded to this app, so that every spectator in the world now has that info at its disposal.

That info with lap and sector times and number of pitstops supplemented with more information, such as the type of tire the driver is using and the number of places lost or gained compared to the starting grid. Almost every column also houses more info. Instead of the last lap you can see the best lap time. And the difference with the car in front can be varied with the speed at the Speed ​​Trap (drawn at one spot along the track), and instead of the current sector time (1, 2 and 3), you can choose the best sector times.

By clicking on a drivers name it is highlighted in the timesheet and on the map, and the times are ‘made ​​relative’.  You can see how many seconds the front runners are in front land the laggards are behind compared with the selected driver, instead of the distance to number 1. You don’t have to do the math.

The number of rounds on the current set of tires is already visible on the first screen, but the next screen (swipe left) keep track of what type of tires each driver has used, and for how many rounds. You can quickly see if a driver already met the requirement of using two types of tires during the race.

The third screen shows the position and points in the World Championship tables for drivers. During the race the number of points are shown that would be earned if the race would be flagged at that moment. Followed by a virtual total and the consequences for the championship ranking.

The fourth screen shows more information for each of the three sectors each track is divided in.  In addition to the (last and best) time there is the (latest and highest) top speed in each sector and the top speed in the so-called Speed ​​Trap (one point on the track).

Finally there are two screens that are exactly the same as the monitor screens on the circuit. Because of the low resolution and size of television screens the view is smaller and less sharp, but for those who like to play team boss probably more authentic.

The main screen also displays posts of the stewards, such as yellow and blue flags, ‘incident involving …’ and stop-and-go penalties. Briefly shown as overlay in the right top corner and then repeated a few minutes in the ticker bar at the bottom of the screen. Where you can also find the (track) temperature and wind speed.

The messages of the stewards are also shown in the left bar that registers all messages during the race. There you can look back by scrolling. In that window you can also receive tweets.

Of course there is a news channel that provides daily posts, not just during race weekends. Its source is F1.com, so you’ll mostly find neutral news. Discussions and negative messages about Pirelli tires for example you will not see. The news is no less topical.

The app also works on the iPhone. It looks just as slick, and although you obviously mainly look at the (smaller) time tables, the app is fully functional. But it is clear that the iPad is better suited with the larger screen.

On the news page you can also opt for Twitter messages. After signing in with your twitter account (which it can take out of your iPad settings) you get all tweets from the teams and drivers that are active on Twitter. You can choose the ones you want to see. Furthermore you can add your own accounts. If for example you want to share your own views during the race with a group of friends or F1 lovers. The screen takes a quarter of the space on the left and can be well combined with times and map.

Quality is in the details, but this app is a concatenation of special details. For example, the app can be ‘tuned’ like a Formula 1 car with a load of settings.  A training or race review can be modified at fourteen points. Even the Twitter channel has many settings and automatic capabilities.

Each race or training can be downloaded afterwards (about 4Mb per session) and can be completely replayed with the handling of a video recorder. This way it is possible to completely analyze a training or race. But it’s also a great way to build up a unique archive.

While each app has points that can be improved, I can’t think of one this time. Or it must be the sensitivity of the adjustment of the map. Or maybe the fact that the information on that map sometimes stops for a second.

Formula 1 did not go ahead in the use of modern technology (internet) for its spectators, as you would expect from the most high-tech sport. This is mainly due to the fact that the organization (Mr. Ecclestone) is very protective of their ‘product’ and want to make money from any manifestation. However, with this app they are right back up front in the use of the capabilities of tablets and smartphones.

It might take a F1 fanatic to pay 25 euros (per year) for the app, but frankly it is an example of the capabilities of the iPad, similar to ‘The Elements’, that every iPad lover should have.